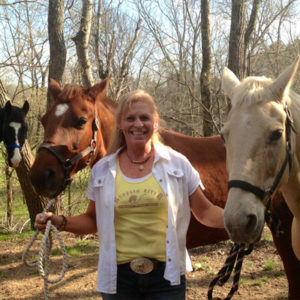 Fadocia “Annette” (Nole) Hall worked her way up from the beginning ranks of radio to the multi-layered tiers of television, where she enjoyed her “career goal” success as a senior reporter for WSMV-TV before stepping aside to raise a family. During those years, she continued to freelance in television production, working for some of the major networks, as well as assisting Steve with almost every project he encountered. Annette’s current pursuits include the privilege of ghost writing for a successful Nashville Entrepreneur. Annette is also working with an artist on illustrations for seven children’s books… updating her own young-adult fiction manuscript… and, continuously producing segments for Wild Side.  Annette is a passionate writer with an inspirational website for women. But, her greatest joy is sharing with others the seven horses and one donkey that reside on land she likes to refer to as RockWater Ranch. Exclusive Equine Experiences are available by private appointment, and proceeds from each encounter help provide for children who can’t afford their own horse. Annette and Steve are the parents of two children, Karrie and Ezekiel as well as one granddaughter, Jocelyn. They also love on their three rescue dogs, Zadie, Liberty, and Arrow. And, so as not to be left out…the horses are Shadow, Star, Judah, Moses, Gideon, Willow and Princess Olive.  The donkey is Joseph, aka “Joe Joe”.